The following is a list of JMAC executive board members and public relations officers for the 2019-2020 school year.

Samuel is an English major with a Creative Writing focus and is currently a senior at DePaul. Samuel enjoys reading just about any book he can get his hands on (preferably science fiction and fantasy) and his favorite authors include Brandon Sanderson, Patrick Rothfuss, Trudi Canavan, Terry Pratchett, and Robert Jordan. You can usually find Samuel in the Corner, where he is always willing to fangirl over his favorite books, authors, and Critical Role and tell you all about why you should read their books and watch Critical Role.

Mareliz is a graduate student majoring in Media and Communications. In her free time, she enjoys reading, cosplaying, going to conventions and binging a regrettable amount of anime/cartoons. She could talk about Hunter x Hunter, Aoyama from My Hero Academia, Miraculous Ladybug, Harry Potter and Heathers the Musical for hours. You’ve been warned.

Lily N. is a senior in Digital Cinema, with a concentration on screenwriting. Loving all things video games, cinema, music, and anime, Lily consumes more media than is most likely healthy. Some of her favorite anime include Bakemonogatari, Durarara!!, and everything in the Type MOON universe. As a Treasurer, Lily hopes to work with her peers and fellow board members to increase the reach and size of the JMAC family, and make sure that everyone has a good time and feels welcome. 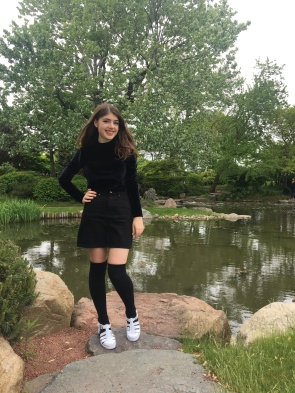 Rebecca is a junior studying English Literature and is originally from Topeka, Kansas. She’s a cosplayer who enjoys going to conventions in the area. She loves classic anime and would probably die for Edward Elric. If you recognize her, yes she did give that speech at your freshman orientation. Please talk to her about Tangled the Series, she’s begging you. 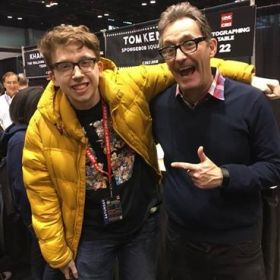 Liam R. is a Game Design major and currently a senior at DePaul who’s generally trying to learn the inner workings of the video game industry and hope to make something unique out of it someday. Outside of this, he’s generally a big anime fan and loves most slice of life anime, with notable favorites being Yuyushiki and Kiniro Mosaic. However, he does tend to be open to other anime at times, most notably in the action genre as that would be his second favorite besides slice of life. In addition, Liam R. is a big fan of all things Nintendo with his favorite game series being Super Smash Bros: the hype for Ultimate has made him very happy especially after K. Rool’s reveal, so he looks forward to hopefully playing the game non-stop in December, even if it means dedicating the entire winter break to unlocking everyone.

Hi! My name is Gabriel Inoshita. I am a sophomore studying biology to become a conservation worker. My favorite anime has got to be Katekyo Hitman Reborn. Hope to see you in meetings.

A public relations officer is the entry level position of JMAC board. Their responsibilities include event planning, creating posters seen by the wider DePaul community, and managing a social media account. If you are interested in becoming a public relations officer, keep an eye out for information about the nomination process in our weekly emails during winter quarter!

Music Video of the Week
Manga of the Month